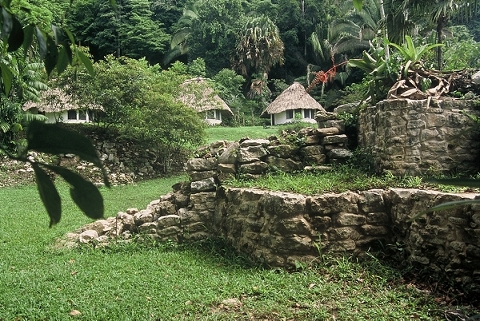 … exploring the Maya past

At the heart of the Pook’s Hill property is a Maya residential complex dating mainly to the Terminal Classic Period (ca.830-950 AD). The site has been investigated and consolidated by Christophe Helmke and Jaime Awe as part of the Belize Valley Archaeological Reconnaissance Project.

The Pook’s Hill complex is known as a ‘plazuela group’ (Spanish for ‘diminutive plaza’) and comprises a set of buildings encircling a small open space. Like most of the sites of this type, the quadrangular plaza is aligned to the cardinal directions (North-South, East-West) with a major structure on each of the four sides. The eastern structure is a small shrine in which the inhabitants would bury their dead and make offerings to their ancestors. The western building appears to have been a ‘feasting hall’, while the northern and southern sides of the complex were probably residential areas for an extended family. 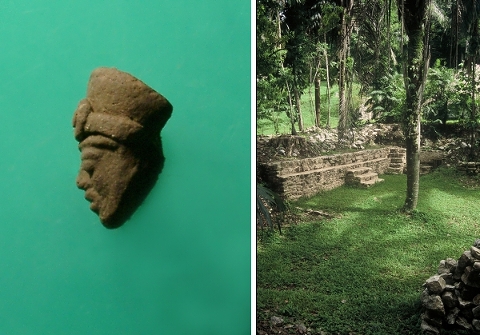 Exploration of the cultivated fields and jungle around the resort has also revealed a whole Maya settlement landscape. These remains are often visible as no more than a mounded pile of stones on the surface (hence ‘house mounds’), but typically indicate the presence of an ancient Maya family dwelling. In fact, at the height of the Late Classic (ca.550-950 AD), the countryside around Pook’s would have been almost as densely populated as the areas surrounding the important and much larger Maya centers of Tikal and Caracol) (the biggest sites in Guatemala and Belize, respectively). 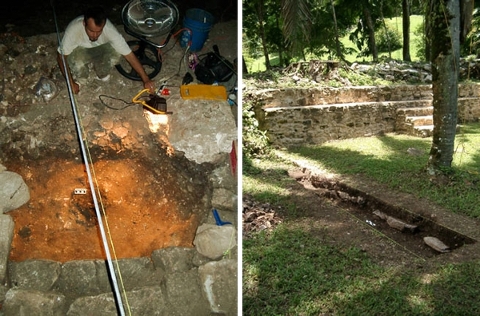 On-going decipherments of glyphic texts from these two great sites reveal that their fortunes were intimately linked. During the Early Classic Period (250-550 AD), Tikal was the more dominant, with important long-distance contacts (visible in pottery and architecture for example) with Mesoamerica’s superpower, Teotihuacan (located close to modern Mexico City). Caracol was initially in a position of subservience to Tikal, but later played an instrumental part in its defeat in 562 AD. The fortunes and relative dominance of these two rivals continued to swing back and forth throughout the remainder of the Late Classic period (ca.550-950). 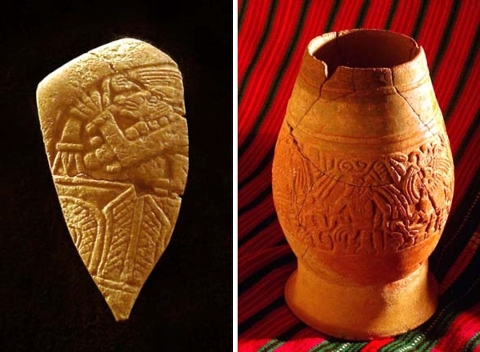 Pook’s Hill lies about the same distance from Tikal and Caracol and both sites can be visited in easy day trips from the Lodge. Because of its intermediary location, the Pook’s plazuela group is also an excellent place for archaeologists to gauge the varying influence of these two centers. Architecture and artifacts from Pook’s show signs of long-distance contact with central Mexico (Teotihuacano ceramic styles, green obsidian, and a circular shrine) and with the Caribbean coast of Belize (parrotfish and the incised Hawksbill turtle piece). Pook’s continued to flourish during the entire Terminal Classic period (830-950 AD; while many other sites had already been abandoned), playing host to feasts boasting parrotfish, venison and beverages served in molded-carved vessels. Shortly thereafter however, Pook’s, like countless other sites, was abandoned.

More detailed archaeological reports about the excavations at Pook’s are available here. 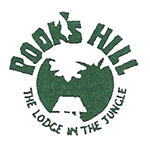